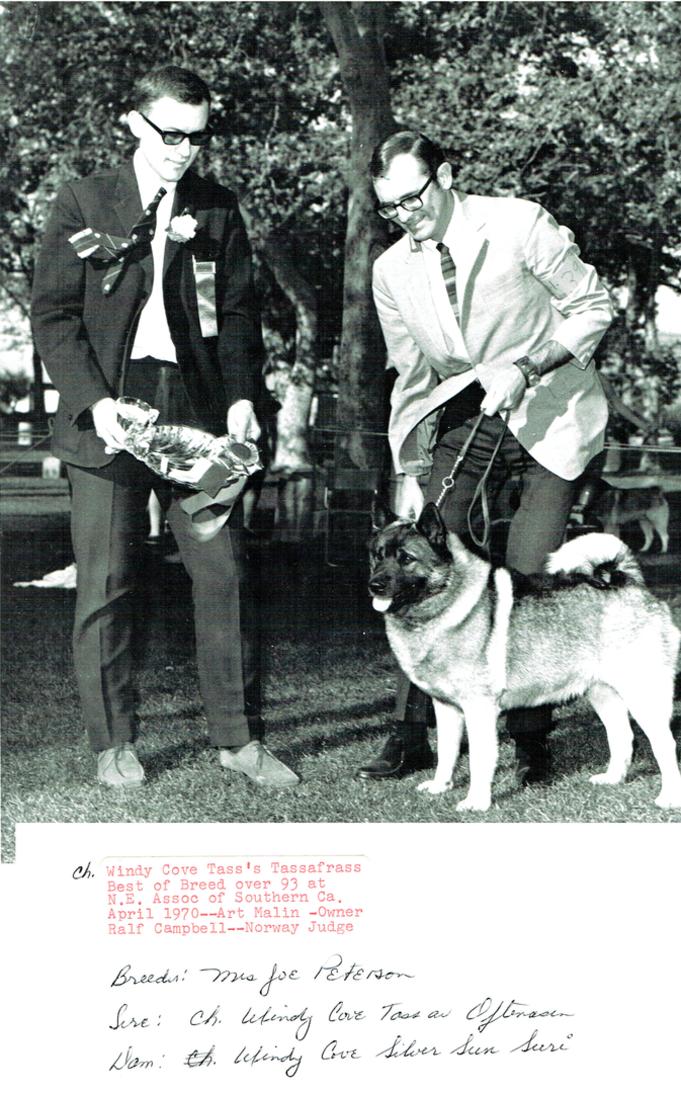 The first Norwegian Elkhound that Joe & Marie Peterson first owned was in 1953.  At that time, they lived in Spokane, Washington, and the Windy Cove Kennel name was adopted in part due to the cold windy winters in Washington.

The foundation breeding stock for Windy Cove was a dog out of Greenwood Kennel in Edmonds, Washington and a bitch out of Boatman’s Baadkarl Kannels in Iowa.  Tusko and Tona produced three litters of puppies and nine of those puppies earned their championship.  One of the most famous elkhounds produced by Tusko and Tona was Rowdy Ringo, a best in show dog, who went one to sire Vin-Melca’s Howdy Rowdy, one the top show dogs and sires in Elkhound history.

The Peterson’s moved from Spokane, Washington to Atascadero, California in 1965 and continued their breeding program and showing in California.

1984
The 1984 NEAA National Specialty Show was quite a success for Windy Cove in that Windy Cove Chief Cochise was chosen as Best in Specialty Show, and his littermate Windy Cove Indian Maiden was named Best of Opposite Sex.  The Brood Bitch first place was awarded to their dam, Windy Cove Bicen’s Cut Krystal.

2012
2012 was an incredibly stellar year for Windy Cove at the NEAA National Specialty Show.

was the sire of 4 bitches entered in the Veterans Class, and numerous other progeny entered at the show.

Also placing first in their class at the show: 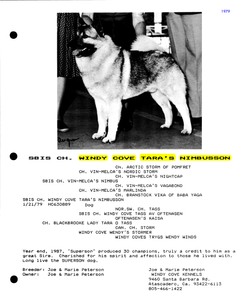 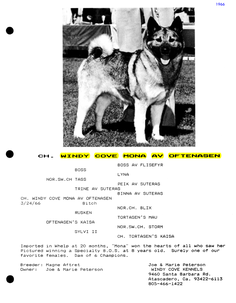