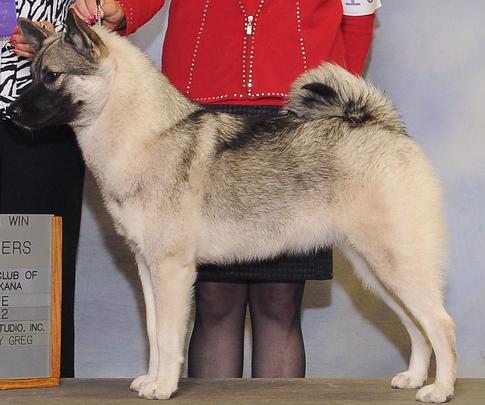 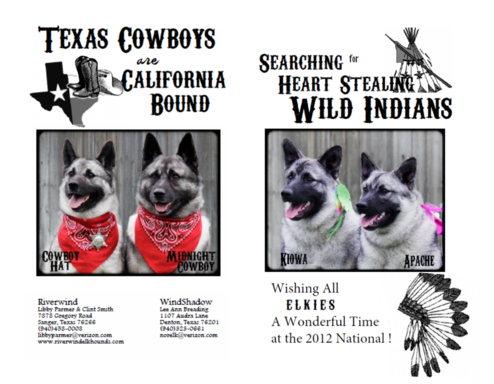 Apache outside the Faith City KC shows 3-3-2013.  Finishing her Championship.

Apache is a beautiful silver energetic dog.  She has a lovely wedge shaped head, small ears, a short coarse coat, and she can move.  She is very affectionate.  She is a great mother.  We are looking forward to her producing career.

​Proudly Co-Bred and Co-Owned with RiverWind by: 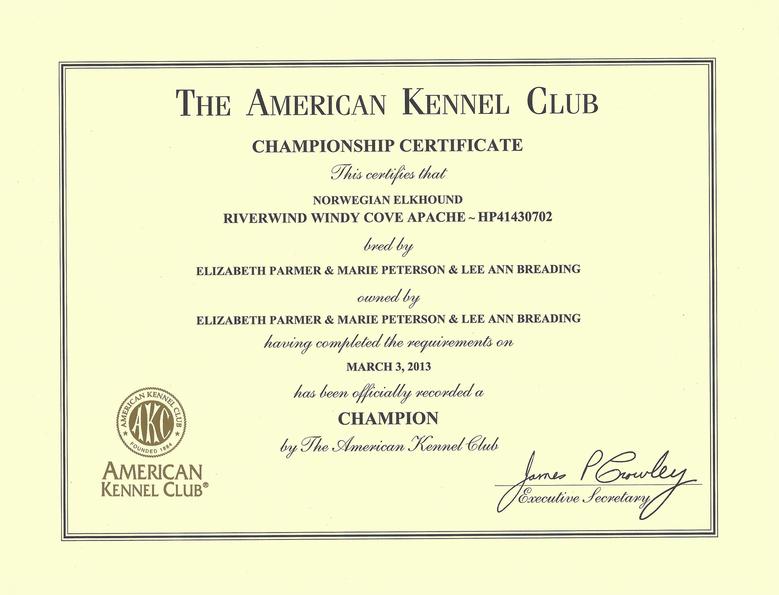