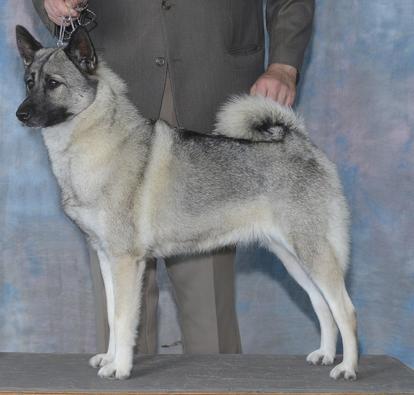 Our Tinker/Jarls daughter is a hard bodied easy moving young dog.  She loves to play and loves attention.  She has a correct coarse coat, nice feet, a beautiful center curled tail, dark eyes and ears, and a beautiful silver color.

Bubbles is Co-Bred and Co-Owned with RiverWind by:

Bubbles finishing her Championship going WB and BOS for a 3 Point Major at the Louisiana KC on 8-2-2015 under Judge Mrs. Molly Martin.  Presented by Robert Chaffin. 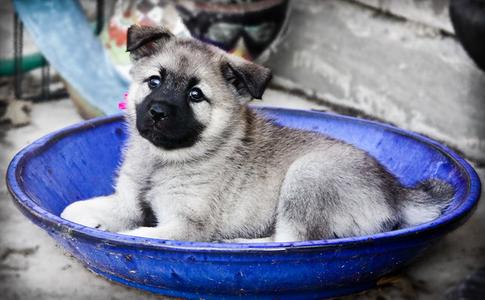