​Beamer is expertly and lovingly handled by Terri Galle and Robert Chaffin.

​CH Windy Cove Jarls N Berri's You Are My Sunshine 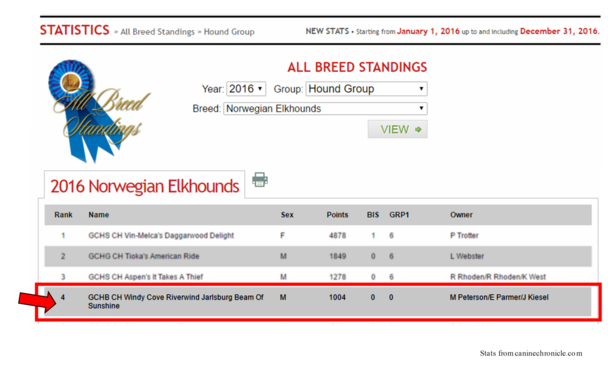 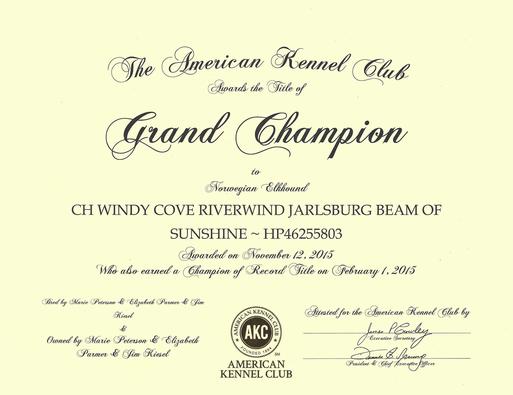 Beamer with his ball

Beamer finishing his Championship going WD for a 3 Point Major under Judge Mr. Timothy Catterson on 2-2-2015 at the Sun Maid KC. 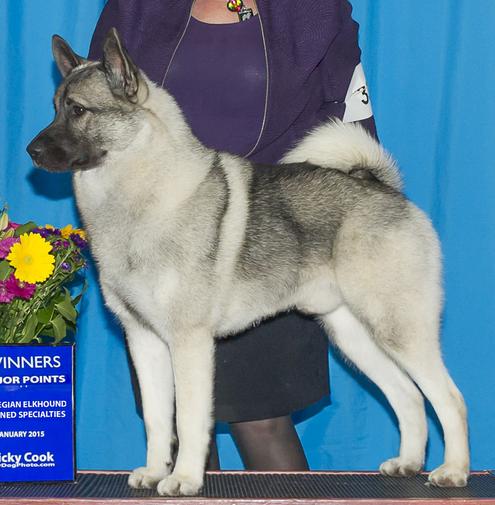 A stunningly handsome silver dog.  He has nice bone, dark eyes, a short back, coarse plush coat, tight center curl tail, and lovely feet.  He has a strong rear and a correct front and move effortlessly.  Thank you Joe and Marie for sharing him with us.

Proudly Co-Bred and Co-Owned with RiverWind by: 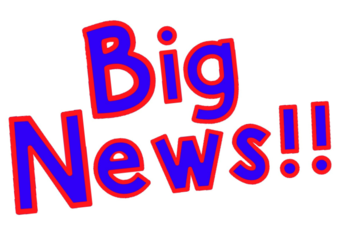 Many Thanks to Ken Walker & NEAA for broadcasting the facebook live video!  It was such an amazing experience to be able to watch the judging!

NEAA Facebook Video from Best of Breed Judging at the 2016 AKC National Championship.

Posted by Norwegian Elkhound Association of America on Saturday, December 17, 2016 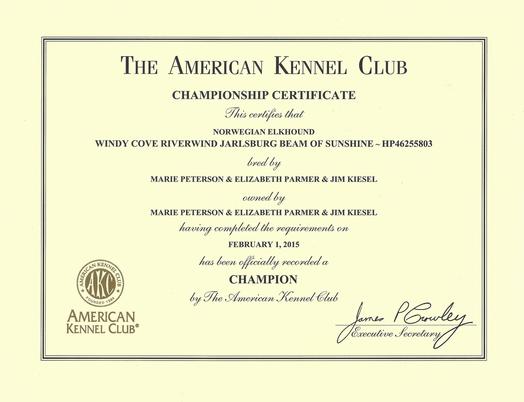