​As a puppy, Velvet was gawky and coarse, with a big bony body--truly not a vey "pretty" puppy.  Be we could see her potential and as she grew and matured she became ONE OF THE BEST FEMALES PRODUCED AT WINDY COVE.  She excelled in correct one, strong back, a lovely head with beep brown eyes, full dentition, and free--flowing movement.

​Marie said about her--A "Thanks!" to Libby for all of Velvet's pats and hugs and training her to her Championship.  WE LOVED OUR VELVET.

Bred and Owned by:

Velvet in the ring at the Houston Reliant Series of Shows, July 2008. 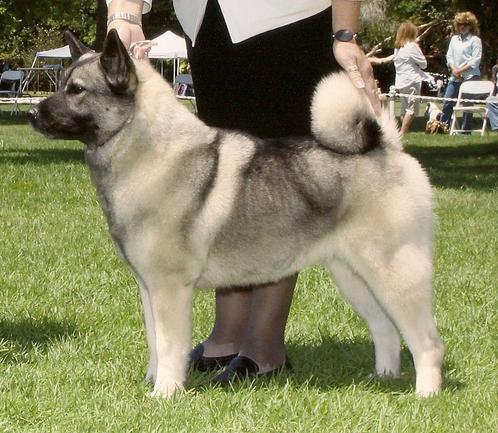 Velvet handled by Libby finishing her championship by going WB and BOS at 2.5 years of age under Judge Mrs. Sharon A. Krogh at Lompoc Valley KC on 7-26-2009 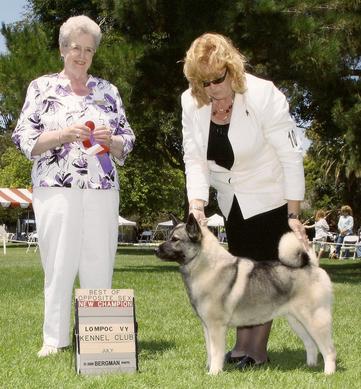 Velvet and Sterling getting pats from buddy Sarah.